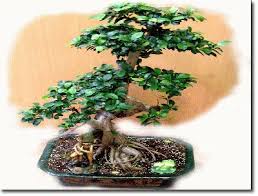 Twin Trunk Forms
In the twin-trunk form, two upright trunks emerge from the same roots and divide into two trunks at the base. Both trunks (trees) should exhibit similar shapes and characteristics having grown together in the same environment. However it is important, that one trunk should be noticeably taller, thicker and stronger than the other as though it has received more sunlight and nutrients from the shared roots than the other trunk.

Individual branches from either trunk will barely grow inwards towards the other, instead they will reach outwards towards the light and create an overall triangular silhouette. Both trees will often form a single crown.

The trunks can divide higher up the trunk in a variation of the candelabra form (see below). In this type of twin trunk, a low branch has become strong and vigorous enough to become a small trunk in its own right with its own apex.

This is a difficult variation to use convincingly. There must be a noticeable difference in diameter or age of the main trunk, the sub trunk and the branches. Thin trunked trees are not suitable.

Multiple Trunk Forms
A multi-trunked bonsai should have three or more odd-numbered trunks growing from the same root base. All the trunks should vary in height and accordingly girth. As with a twin-trunk the branches should grow outwards into the light and create an overall triangular shape and composite crown.

Group Plantings
In this form a group of individual trees with their own root-systems are planted together in such a way as to create a miniature wood or forest. An odd number of trees should be used in a group planting unless the group consists of over 13 or 15 trees. Group plantings are created using trees of the same species which have fairly straight trunks of varying size and height. Though a group planting consists of many individual trees it should by styled as a whole and should create an overall irregular triangular shape.

This form is also referred to as the sinuous trunk form and replicates fallen trees whose upward pointing branches are able to grow and become a line of individual trees connected by a common rootsystem.

Cascade Forms
This style is unusual in that the tip of the trunk is not the highest point of the tree. The image created is one of a tree growing out of the side of a cliff with the tree cascading downwards. A cascade can have a small head of upward growth.

As the natural tendency for trees is to grow upwards it can be very difficult to encourage vigour in a bonsai that is forced to grow downwards. Cascades are often attempted by beginners for there striking shape but it is rare to see good quality full cascades

The cascade form is split into two variants, the full cascade has a tip that falls below the bottom of its pot, the semi-cascade is broadly speaking any tree whose trunk ends between the base and the rim of the pot. The semi-cascade form also includes trees with horizontal trunks that terminate at the roughly the same height as the rim of its pot. As with slanting forms, the roots should appear to anchor the tree with bigger, stronger roots on the opposite side to the lean of the trunk.

Root Over Rock Forms
In these forms, the bonsai is either planted directly into a hole or depression of a porous piece of rock, or it is planted over a rock with its roots growing down into a pot filled with compost. These forms replicate trees in nature that endure an existence growing in rocky, mountainous regions and have to extend their rootsystems over barren rock to find enough sustenance to survive.

Literati
Also known as the bunjin form, the Literati takes its name from an elite class of Chinese scholars who practiced in the arts. Their paintings had abstract, calligraphic forms that depicted trees growing in mountainous landscapes.
These trees owe their distinctive shapes to harsh climatic conditions, they have long slender trunks that take many twists and turns and are the principal feature of the form. Bonsai in the literati form have very few branches that start very high up the trunk and carry just enough foliage to allow the tree to survive.

A tree in the candelabra form is reminiscent of an old tree in the mountains whose main trunk has died at some point in the past and a lower branch (or branches) has taken over and become a new trunk.

This form is characterised by a straight trunk that then has one or more strong upward growing branches (new trunks).

This form is suitable for coniferous species often found growing near the snow-line in the mountains though it is also feasible for rugged deciduous species.

STYLING THE BASIC FORMS OF BONSAI #2

STYLING THE BASIC FORMS OF BONSAI #1